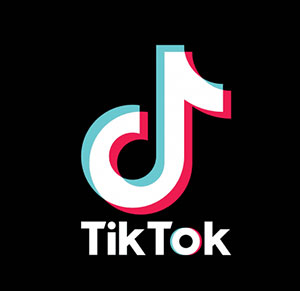 TikTok, also known as Douyin in China, is a media app for creating and sharing short videos.

It is a leading short video platform in Asia, United States, and other parts of the world. In 2018, the application gained popularity and became the most downloaded app in the U.S. in October 2018.

Today, they’ve served over 150 customers, and some of the largest companies, government agencies, and universities as well as the leanest startups and tech firms – united all by the pursuit of amazing results.

K&J is headquartered in Los Angeles, CA and is comprised of 25 specialists, from sales copywriters

TikTok approached K&J for help to reach millions of new consumers and tens of thousands of new installs in a crowded and competitive market space: Social media apps.

The challenge is that TikTok already had 1B+ downloads, and nearly every marketing channel had been exhausted. TikTok hired 5 agencies for the project, and 4 refunded the client after failing to reach the target 22,500 installs.

TikTok chose K&J Growth Hackers as the one to stay, of those 5. K&J is a marketing boutique that has a home-grown technology for checking influencer’s click-through rate on “Link in Bio” before partnering with them. This allows the team to only select top-converting profiles.

TikTok needed a platform where they could test hundreds of audiences, on a small scale, and find the creative, offer and audience combination that worked best, without wasting time on influencers with fake followers, saturated audiences and low engagement users.

Then K&J designed & built software to scale this one-to-one, direct message marketing to over 60,000 app installs, and beyond.

The result of pioneering new techniques not only drove down their media costs nearly 50% and halved CPI versus the Tiktok historical install cost, but laid the groundwork for a scalable marketing methodology that could be deployed in two weeks to all geo markets, from Brazil to Japan and to Germany.

This brought their ROI up by 4X!

After testing countless audiences, creative variations – even a contest format, K&J struck gold using a person-to-person referral strategy, encouraging users to share the app directly with their friends via Direct Message on Instagram, instead of posting stories and wall posts.

TikTok gained 23,500 installs in just 5 days. Their organic cost per install working with K&J was reduced by 51%, and click-to-install conversion rate rose from 0.5% to nearly 40%, and as high as 65% among some audiences. Click-through rate on impression rose to 33%, well above industry standard.

The results were so unexpected that TikTok’s internal teams began asking, and eventually, several other geographic regional teams engaged K&J for the same methodology, and started by expanding in UK, and is running tests in Russia, Italy, Germany, and Ireland. With plans to expand in Brazil, Southeast Asia and Japan.

“We were impressed by the campaigns performance metrics, yes. But what stood out to us most was this. Out of the 5 agencies we hired, 3 refunded their deposits without cue, and gave up on the campaign. Most didn’t even try once their initial efforts didn’t bear fruit. But not K&J. Their team’s work ethic is what made us want to expand with them. They are the only firm that not only delivered the target installs, but actually seemed to genuinely care about the success of the campaign”

There is a glut of content being created, and breaking through the noise is more difficult than ever

Americans trust recommendations from real people significantly more than we trust advertising and promotions from brands, in any guise

Influencer Marketing generates as much as 11X banner ad ROI

If the thought of interviewing, vetting and contracting 200 influencers for a campaign seems daunting, you’re not alone. If you’re running a business that feeds on recommendations from your customers, establishing relevance is more important than ever. Let K&J help you craft your story, develop a plan, and distribute it to millions. Then let’s all have tacos and margaritas, yeah?

We offer support, resources and expertise to anyone who is eager to learn

We look forward to learning your story