On average, our clients make a 4.8x return on every dollar they spend with us.

Performance-based marketing focused on B2B and B2C lead generation, user sign ups and mobile app installs. That means, we get paid based on how well your campaign performs – so we don’t make money unless you do. Welcome to our world of data-driven growth.

We’re Kale and Jon and the founders of K&J Growth.

We’re the blokes behind the Inc. 5000’s 28th fastest growing company in 2020, and the team that helped take TikTok global in 2019. Back when the platform was only filled with tweens, up to now, where it has every Tom, Dick and Harriet dancing, age agnostic.

In the late 2000’s companies like Facebook, Dropbox, Uber, WeWork and Spotify were using something called “growth hacking” which revolved around using digital technologies to acquire customers and users at unprecedented rates. In 2017 we picked up this mantle and carried on in that tradition.

Since then we’ve served over 200 companies, helping them gain more customers and more revenue and we want to do the same for you.

Here are some of the things that we think might get you excited:

On average, our clients make a 4.8x return on every dollar they spend with us

We’re a performance agency and we’re good at what we do so we back our word. We don’t get paid unless you’re making money.

We grew 663% last year and we want to see what we can do for your growth.

Where do we specialise?

B2B & B2C Lead Generation
You tell us what you’re paying for your leads, and we’ll get them cheaper and faster for you. We can even help with sales optimisations that can drive up your AOV to improve ROAS and increase ROI.

User Acquisition
We’ve helped the New Zealand Government grow their Digital Boost initiative from zero to 44,000 users over the last year in the SMB niche.

App Installs
We’ve helped companies like TikTok, HeyPal, Nifter and others gain tens of thousands of users in a single week. You let us know your CPI and we’ll make it cheaper and easier for you to gain more users that you care about, even faster.

So what’s inside and why?

These gifts are designed to help you hack your personal and professional growth in the same way that K&J can help you scale your company’s revenue using our innovative digital growth strategies. So here’s a little information about each of your gifts, the companies they are from, and why they fit in with our ethos.

Arepa Nootropic Drink for enhanced focus.
Ārepa is a brainfood technology company working at the nexus between nature, neuroscience and food technology to create the world’s smartest food. Our mission is to delay the onset of neurological decline through accessible scalable brainfood proven by neuroscience.
https://drinkarepa.com/

Blinkist Subscription for faster learning.
Have you ever had a problem to solve or goal to achieve in your career (or in life)—and you’re sure some expert has written a book that can help you, but you don’t have an easy way to find it or time to read it? Well Blinkist can help! It’s an award–winning micro-learning app that lets you read or listen to the key insights from the world’s best nonfiction books in about 15 mins—giving you a fast, fun and easy way to access expert advice, in the moments you need it most! Redeem your Blinkist subscription here: https://blinkist.com/

Hundy for those recovery days.
Say hello to Hundy – our unique formula is designed to support the body’s natural recovery after a night out. Our active ingredients including DHM is a herbal extract from the Japanese Raisin Tree, amino acids and B vitamins, help to aid your liver with the processing of toxins and supports the brain’s GABA receptors to stop you waking up feeling dusty. No matter how late you stay out, take Hundy before you call it a night and feel the difference. Hundy, help you get back to Hundy in record time.
https://hundy.co.nz/

NeuroGum for cognitive performance.
When it comes to taking on big goals, we need energy levels that match the mission. Neuro Energy & Focus is specially formulated with natural caffeine, L-Theanine and B-Vitamins to sustain the mental endurance necessary to stay focused on your goals. Neuro uses a patented cold-compression method to combine our ingredients, enhancing the bioavailability for cleaner, more effective absorption. The synergy between our high-quality, sustainably sourced natural caffeine, L-theanine, B6 and B12 vitamins have been scientifically shown to boost attention and enhance focus.
https://getneuro.co.nz/

OCHO for the sake of chocolate.
Delicious OCHO Chocolate from the Otago Chocolate Company because who doesn’t like chocolate made right here in Dunedin! OCHO chocolate is true to the essence of craft chocolate being bean to bar with just two ingredients. OCHO were the first accredited Living Wage Aotearoa company in Dunedin and are committed to making OCHO a business that is good for the community, the environment and their customers.
https://ocho.co.nz/

How can we help?

K&J Growth was formed in 2017 after John and Kale bid against each other for a contract where they each got a piece of the pie. After the contract was finished, and with John in L.A. and Kale in Dunedin (NZ), they agreed that instead of continuing to oppose one another they would form a multinational partnership that leveraged their combined strengths and K&J Growth was born.

Prior to K&J they had both founded successful start-ups of their own and in the process discovered a range of tools and techniques that had enabled them to grow and scale their companies rapidly. Jon sold his fitness app Vea, and Kale launched a gym that generated $202,000 ARR in just 14days on a budget of just $200. In doing so they had found a sweet spot for the implementation of a set of unique growth strategies in the digital marketing space. From that point on continuously approached by other organisations and start-ups in their quest to get more customers on tight budget restraints.

Fast forward to today, K&J now has a crew of 22 individuals from around the globe who specialise in taking your existing marketing budget and making every buck you spend go that extra mile whether it be for B2B lead-gen, user sign ups or app installs. Simply put, you tell us what you’re spending on ads, and we’ll improve the return you get on those ads. If we don’t, you don’t pay! How does it work?

We don’t run like your regular agency. We’re vertically integrated meaning we don’t have generalists we have specialists that work with generalists to get you the best results. Say hello to a handful of the team specialists. 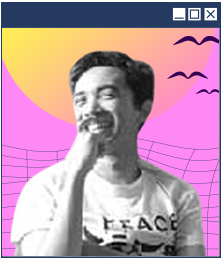 This team then makes sure that you’re looked after operationally, say hello to the team you’ll be chatting with on a regular basis if you jump on board to work with us. 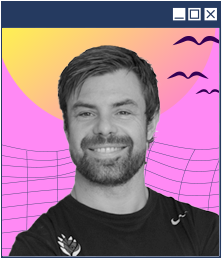 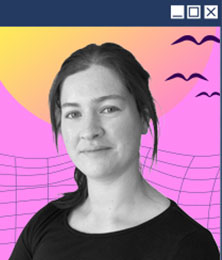 With Kale and Jon to help guide the ship.

So what do people have to say about us and our results? Xi. C
Marketing Manager at TikTok
“K&J Growth helped us gain 18,500 app installs in our first 30 days of the campaign” Shaan P.
CEO Prep Expert
“Before I started with K&J we had an in-house team, but when I decided to go with K&J as an agency, we saw our biggest year ever in terms of revenue, and what I really like about K&J is their data driven approach to marketing, their accurate tracking / analytics, and being able to see what the real return on investment is” Jess K.
Influence Manager
“Thanks to K&J! We had only two weeks to recruit 10 influencers for our Vegan Oat Milk product launch! And they did it. The best girls too! Most had over 1M followers and took great photos.” Marketing BlockFolio
We were stoked to see Blockfolio mentioned in one the top crypto-currency publications in our second week. Thanks you guys!

So where to from here?

We’d love to have a chat with you about how we can help you and your team. The gift box you’ve received from us represents a lot of what we care about as a company. We’re taking some of the world’s best practices from the hub of LA and applying a bit of Kiwi class to bring you an agency breaking borders and boundaries.

The gifts in this box represent learning, testing, culture and performance. If you think you could do with a bit more of that in your life then let’s set up a time to chat.